Featured images are a really useful part of WordPress. But how effective they are depends greatly on how your chosen theme and plugins handle them.

They can be used automatically in lots of really useful places, such as:-

There’s a very good reason why most newspaper websites are littered with ‘click bait’ type ‘sponsored content’ (er, adverts!) that greatly depend on images to attract attention. They work. I’m sure you’ve seen many a block of ads like these delivered by Outbrain or Taboola. 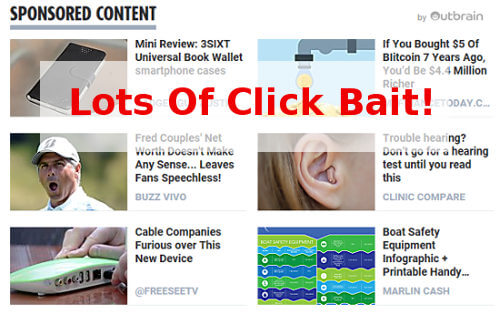 So featured images don’t just pretty up your blog, they have become an essential funtional part of the battle to keep your visitors attention.

What Makes A Good Featured Image?

Consider your featured image to be the ‘advert’ for your blog post. Make sure it captures what your blog post is about, then you will attract the right attention to the right posts. Those people won’t be hitting the back button because they got the blog post they were expecting. Which they are then far more likely to actually read.

If you have an image you can use that is not only highly relevant but also intriguing, appealling, outrageous or sensational in some way then all the better. That way you’ll end up with related post images that have the click factor of those Taboola ads – only those clicks will be staying on your website instead.

No Time For A Featured Image?

It’s better to have something rather than nothing. Otherwise you are going to end up with those awful placeholder images.

So you have a choice. Either hold back publishing your masterpiece until you have the right image. Oooh, procrastination! Or get your post live and out there with something relevant that you can always come back and improve later.

OK, so we have a vested interest here. But only because we had exactly this problem too. Which is why we created our WordPress Random Featured Image Plugin. Sometimes you just need to publish and move on, and don’t have time to be creating the perfect image right now.

So spend just 10 minutes setting up the plugin now. And get a relevant featured image set at random for every post you publish in future that doesn’t have one. You can come back and change it later of course. But at least your post is out there and not sat as a draft waiting for your graphical muse to appear.